Professional women’s golf in Europe is set to be afforded a timely boost after talks resumed over the LPGA Tour’s proposed takeover of the Ladies European Tour. Discussions between key stakeholders took place at last month’s Solheim Cup, with the LPGA Tour overseeing the women’s game in both the United States and Europe now a live prospect. 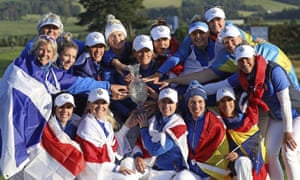 It is understood the project is in its infancy but there is a realistic chance of a revolution in women’s elite golf, safeguarding its future in Europe.

The European Tour, which controls the men’s game, is thought to be ready to take on an element of involvement and the R&A has also been approached for support. The European Tour’s appetite to embrace new territory was emphasised with this week’s announcement of a mixed gender event in Sweden next year where men and women golfers will compete for one prize and one trophy.

The LPGA Tour had launched what is essentially a takeover bid more than a year ago, only to be rebuffed by the LET’s now outgoing chief executive, Mark Lichtenhein. Explaining that failed move to the Guardian in 2018, the LPGA’s commissioner, Mike Whan, said: “I think the idea of us running it, it becoming an LPGA Tour and their top players having a direct pass to the LPGA … they didn’t really love either of those things. I don’t necessarily understand those concerns but I respect them.” 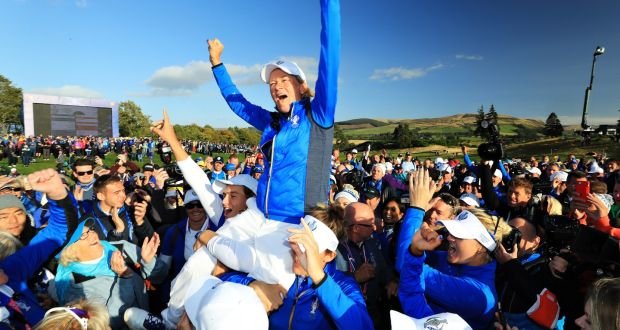 Lichtenhein’s departure was announced in the immediate aftermath of Europe’s enthralling Solheim Cup victory at Gleneagles. Every member of that European team was an LPGA Tour member, a first in Solheim Cup history. Naturally, the LPGA wants to set up a formal link to its core tour by way of access from Europe. In turn, emerging European players would have access to the riches of the LPGA Tour as an early and legitimate career aspiration.

The gulf between the tours is illustrated starkly in prize money. The LET schedule remains short of lucrative events with glaring gaps in what should constitute key parts of the season. There was no tournament in Europe, for example, between 25 May and 25 July this year. Ursula Wikström, who sits 20th on the LET’s 2019 order of merit, has won around €55,000 ($61,000) while her counterpart on the LPGA Tour, Moriya Jutanugarn, has collected $732,000 in prize money.

Laura Davies, Britain’s most decorated female golfer, has voiced her concern at the state of the LET. “We’ve not got enough tournaments to play and I feel sorry for all the young girls that are great players that need to play tournaments,” she said.

Catriona Matthew, who captained Europe to Solheim glory, earlier highlighted stark realities for women taking up professional golf in her home continent. “If you were an emerging player playing in Europe you just about need to have a part-time job to keep you going,” said the Scot.