Astronauts have to juggle many chores together in space, but thankfully, NASA has sent something to help them out – an Astrobee. 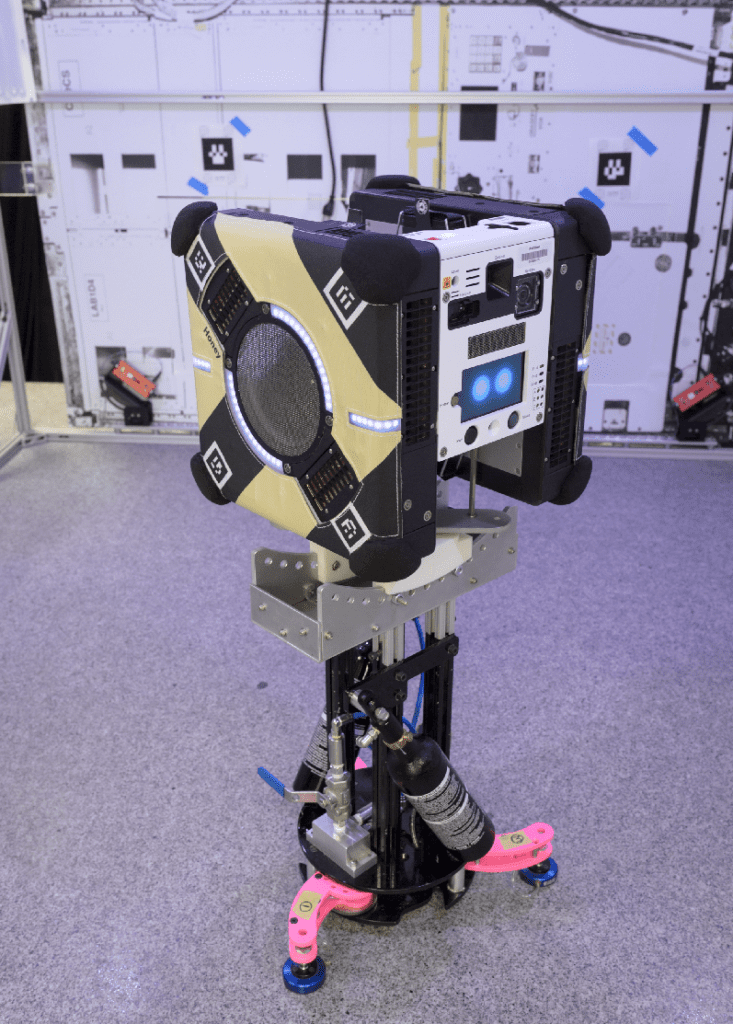 Bumble – one of the Astrobees

Astrobee is NASA’s free-flying robotic system that helps astronauts with routine tasks like taking inventory, documenting experiments with their built-in camera, and working together with astronauts to move cargo. They can work autonomously or via remote control by astronauts, flight controllers, and researchers on the ground. The NASA Astrobee can also carry out experiments in microgravity and play a significant part in NASA’s space exploration missions.

The system includes three robots, Bumble, Honey, and Queen. Bumble and Queen made their way to space on April 17th aboard Northrop Grumman’s 11th Commercial Resupply Services mission from NASA’s Wallops Flight Facility in Virginia. The system also includes a docking station for recharging. The Astro robots can fly freely in the micro-gravity environment by using electric fans as a propulsion system. Also included in their body is a perching arm that allows them to grab handrails to rest and conserve energy. 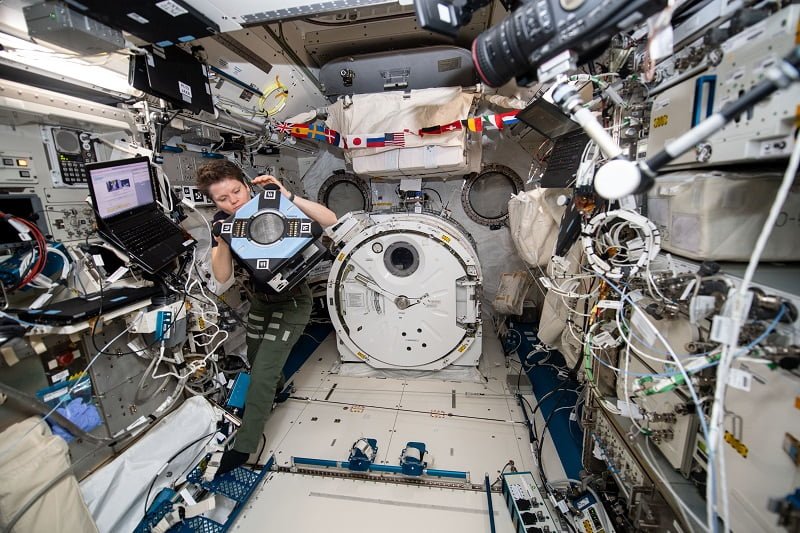 Astrobee has been built by taking inspiration from SPHERES robots – short for Synchronized Position Hold, Engage, Reorient, Experimental Satellite – which have been aboard the station for over a decade. After the robotic system is fully commissioned, it will replace the SPHERES robotic system and help NASA in space exploration. According to NASA, astro robots have the ability to play the role of caretakers and look after spacecraft in the absence of astronauts.

The Astrobee is very similar to the bees we find on Earth. They move around while making a soft humming sound and just like our bees, Astrobees too do a lot of work. They are busy as bees and when needed, they can return to their docking station to recharge themselves on their own.